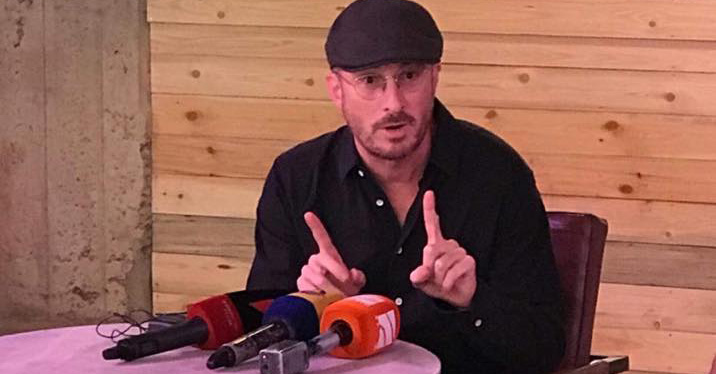 Academy Award and Golden Globe nominee Darren Aronofsky is paying a visit to Georgia. The famous American filmmaker and screenwriter arrived in Georgia for personal reasons. In spite of that, due to the great public interest and at the request of the Georgian National Film Center, Darren Aronofsky agreed to meet with Georgian journalists.
The decision about the format and duration of the meeting and number of journalists at the meeting had been made by the famous director.
Darren Aronofsky has been in Georgia for several days. He has already visited the city of Tbilisi, Kazbegi and Chiatura.
Darren Aronofsky's feature debut - the surrealist psychological thriller "Pi” - was made in 1997. The film was a great success and the film director won the award for Best Director at the Sydney International Film Festival. Since then he directed the films: "Requiem for a Dream”, "The Fountain”, "The Wrestler” and the most famous movie by the director "Black Swan” starring Natalie Portman. The film received five Academy Awards and 4 Golden Globes’ nominations, including for Best Picture and Best Director. The premier screening of the latest work by Darren Aronofsky "Mother!” starring Jennifer Lawrence, Javier Bardem, Ed Harris, and Michelle Pfeiffer, was held at the Venice International Film Festival, in 2017.