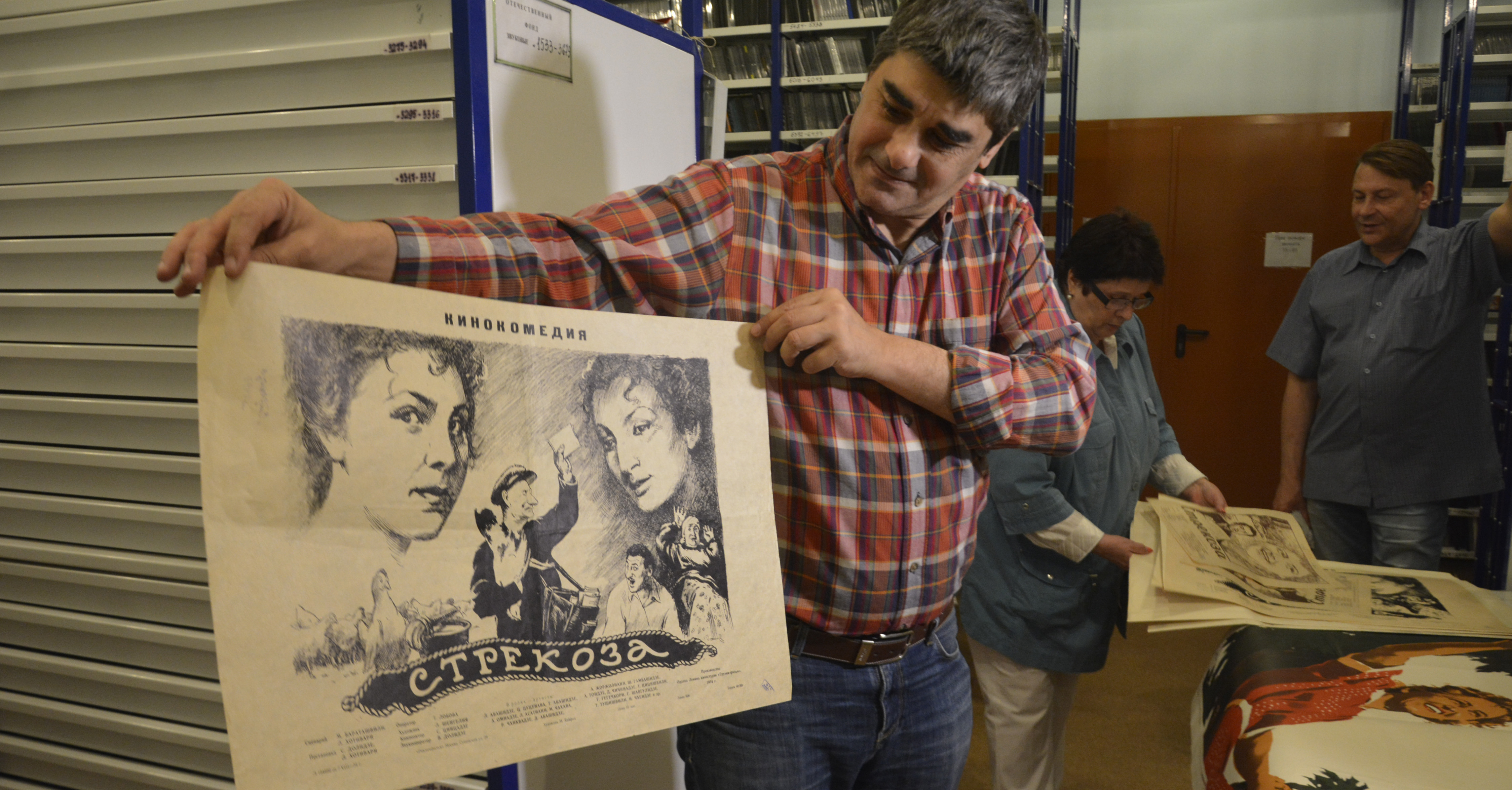 The Process of returning Georgian film heritage stored at the state archives of Russia "Gosfilmofond” continues – as the result of the effort by the Ministry of Culture and Sport of Georgia and the Georgian National Film Centre 11 more Georgian films stored in "Gosfilmofond” will be returned to Georgia.
The third stage of the process aims at returning the Georgian films shot from 1960 to 1985 to the Georgian side. The films to be returned to Georgia are: "First Swallows” (Pirveli Mertskhali) (1975) directed by Nana Mchedlidze; " Alaverdoba” (1962) and "Pirosmani” (1969) directed by Giorgi Shengelaia; "The Plea" (1967) directed by Tengiz Abuladze; "Under One Sky" (1961) directed by Lana Ghoghoberidze; "An Unusual Exhibition" (1968) directed by Eldar Shengelaia; "The White Caravan” (1963) directed by Eldar Shengelaia and Tamaz Meliava; "Love at First Sight” (1975) and "The Nylon Christmas Tree” (1985) directed by Rezo Esadze; "The 19th Century Georgian Chronicle” (1978) directed by Aleksandre Rekhviashvili; as well as "Ball and Field” (1961) by Guguli Mgeladze.
Nana Dolidze – the Program coordinator and the head of in the Ministry of Culture and Monument Protection of Georgia the head of Educational Department of the Ministry of Culture and Sport of Georgia and Zurab Maghalashvili - Director of The Georgian National Film Center are paying a working visit to the city of Moscow, for the purpose of monitoring the quality of works carried out by the Fund and planning future cooperation. A meeting was held between the Georgian delegation and the Director of "Gospilmfond" - Vyacheslav Tolnov, who expressed readiness to promote the process of returning Georgian film heritage to Georgia in the future as much as possible.
Within the frames of the visit, the Georgian delegation got acquainted with the terms of storage of Georgian films stored in "Gosfilmontond”, and the process of their restoration and printing. The state of original copies, initial copies and film positives were checked. Together with the team of restorers of the "Filmontond” the Georgian delegation evaluated the work carried out - negotiations on returning 10 more Georgian films are going on.
The materials returned to Georgia allow the films to be converted to any format. The 11 films are ready to go through customs; the process will be attended by the Georgian representatives in Russia. Air Company "Airzena" will provide for safe transportation of Georgian film heritage to Tbilisi.
Private sector is also actively involved in the process of returning the Georgian films to Georgia. The return of the film "An Unusual Exhibition" directed by Eldar Shengelaia was supported by the company "Geocell".
The process of returning initial copies of Georgian films from Russia to Georgia is a multi-stage process. Once the 11 Georgian films are returned to Georgia from "Gosfilmontond”, the total number of Georgian films returned from "Gosfilmontond” will be 26. The film tapes will be stored at the National Archives of Georgia until the construction works of a new film archives are finalized.
Meanwhile, construction of a film archives of a modern type, equipped with the latest technology and meeting the international standards for storing film tapes is becoming increasingly important. Besides the film tapes returned from "Gosfilmontond”, film tapes stored in more than 100 000 boxes require adequate storage conditions. The Ministry of Culture and Sport of Georgia continues to work with the Georgian National Film Center on the project aiming at designing a modern film archives and a digital laboratory.