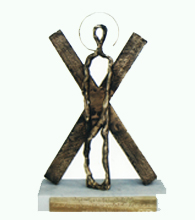 The Association "Meokhi” founded the International Christian Film Festival "St Andrew's Cross” with the blessing of His Holiness Ilia II, Catholicos Patriarch of All Georgia
Foundation of the Festival.
The goal of the festival is to show and familiarize the Christian world with historic past, Christian heritage and present-day of Georgia, also to itself to familiarize with present-day life and art of the Christian countries.

Terms for Festival Participation:
Both individual and legal persons, agencies and other film-makers can participate in the Festival. The Festival is open and welcomes any person working on the Christian topics.

Terms for the Festival Competition:
Video films, documentary and feature, TV films, TV programs TV broadcasts can be sent to the Festival. The running time of the films and programs is not limited.

Competition of the Festival:
The Festival is held with the following nominations: